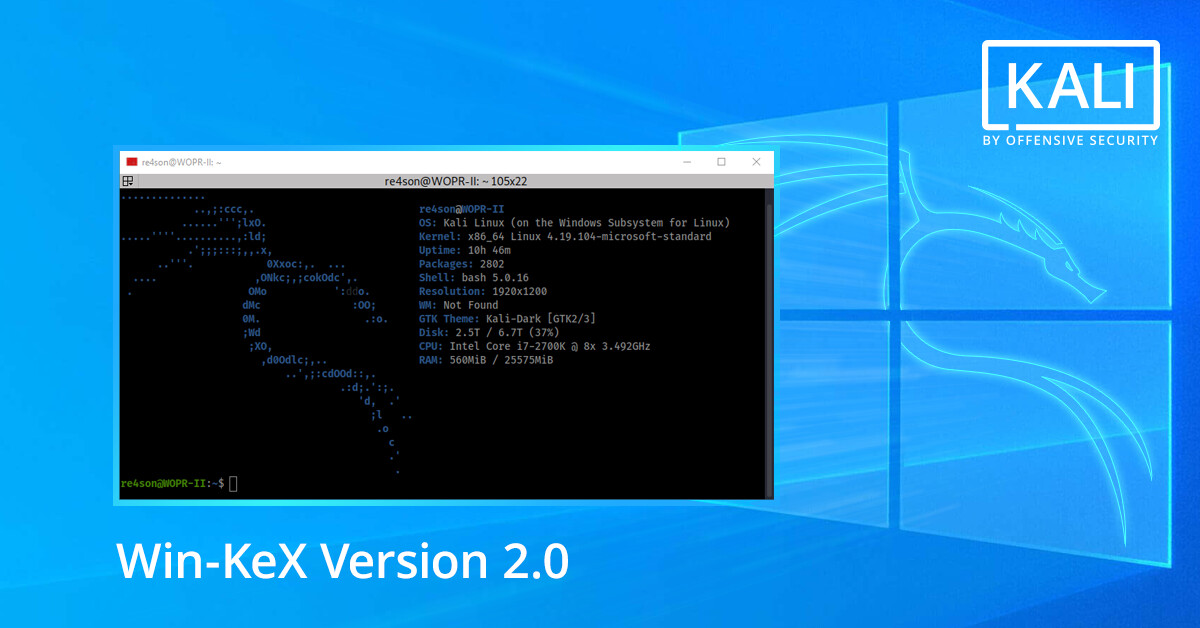 We have been humbled by the amazing response to our recent launch of Win-KeX. After its initial release, we asked ourselves if that is truly the limit of what we can achieve or could we pull off something incredible to mark the 25th anniversary of Hackers? What about “a second concurrent session as root”, “seamless desktop integration with Windows”, or - dare we dream - “sound”?

With no further further ado, we are thrilled to present to you Win-KeX v2.0 with the following features:

The installation of Win-KeX is as easy as always:

Start Win-KeX with the --sound or -s command line parameter. We’ve been watching Blu-rays in Win-KeX SL without problems. Why you ask? Because - now we can ;-)

Both SL mode and sound support require access through the Windows Defender firewall. When prompted, tick “Public networks”. You can later go to the firewall settings and restrict the scope to the WSL network (usually 172.3x.xxx.0/20)

for a quick overview, or consult the manual page for a detailed manual:

Big shout-out to the authors of the following components without which there would be no Win-KeX:

More information can be found on our documentation site.